Kids are completely obsessed with space and it is an obsession that seems to transcend trends and generations. It was the same with us and we can safely bet that it would be the same with our grandchildren as well! The moment their teachers started talking about stars, planets, and the solar system, they came rushing home asking us to help them create all kinds of awesome space themed things.

Just in case your kids love learning about space as much as ours do, here are 15 awesome crafting and DIY ideas, designs, and tutorials that will help you keep them interested and excited!

In our house, any craft that involves paint is an instant hit because our kids are very hands on DIY enthusiasts. The messier the idea is, however, the better it is in their eyes. That’s why this “squishy paint” idea from Fun in Pre-K1 was such a successful hit with our brood! Their tutorial shows you how to make creative shapes by squirting paint onto a circle, placing plastic wrap over it, and smearing it around underneath the plastic under your hands. If you use two colours, the effect is a dual colour wash that will look just like the wavering heat on the surface of the sun!

Speaking of crafts that let your kids get hands on and a little bit messy, have you ever made play sand with them? Well, if you haven’t, we’d say it’s finally time to give it a try! Any kind or colour of play sand makes for a fun afternoon project, but we’re especially into this awesome “moon sand” version from Little Bins for Little Hands because it’s coloured and sparkled to look like what we’d totally imagine the ground on the surface of the moon looking like. When we made this one, our kids could hardly wait to grab their astronaut and space themed toys and make them dive right into the sand like a moon landing.

Have you ever made homemade bath bombs? Then you’ll already be familiar with some of the process of making these  awesome fizzing Jupiters outlined on Fun-A-Day! These aren’t necessarily something you’d actually want to take a bath with, but the reaction you’ll get when you plop them in a bowl of water is very similar. The reaction your kids will give you, however, will probably be one of totally giddiness! Our kids completely adored the whole process of getting their hands dirty making the “planets” and of watching them fizz.

We’ve known about paper plate flying saucer crafts for years and we’ve made them several times before, both as kids ourselves and with kids of our own, but this tutorial from Arts Crackers is an awesome one because it’s got one particular exciting twist! Rather than just suggesting that you decorate your saucers with crayons, markers, or pencil crayons, they show you how to make them glow! We made these and we were already impressed with how cool the neon details looked before we hit the lights, but then we put the saucers under a blacklight and it was suddenly a much cooler craft.

If you’re going to make flying saucers with your kids, would you rather help them make a version that has a little bit more structure? Then reach for the paper bowls instead of the plates this time! Our kids have always been huge fans of making yarn pom poms and we don’t know a single child that doesn’t love painting and building things, so these funny little spaceships complete with fuzzy aliens are basically the perfect combination of crafting techniques. Check them out in more detail on Pink and Green Mama.

If you’re going to craft with your kids about something they’re learning in school, would you rather try to make it at least partially educational instead of just making aliens (even though that’s a whole lot of fun)? Then we’d suggest working with planets so you can help them learn about and remember the order of the solar system! Wr really like this cute little hand drawn planet solar system idea outlined on Fun-A-Day because, in addition to learning what order the planets orbit the sun in, they can look up and draw the details of what each planet looks like from space too. It’s also a weirdly cute decor project!

Are you still thinking about how much your kids loved making and playing with the sparkly moon sand craft we showed you earlier on our list but, since you made that one so recently, you’re on the hunt for an idea that’s equally hands on but at least a little bit different? In that case, we definitely think it’s worth you taking a look at this awesome galaxy play dough recipe from The Imagination Tree! Sure, you could just buy play dough in stores, but you might not find a solid black colour in stores very easily and you certainly won’t find pre0made play dough full of sparkly stars like you see in the photo!

Has your favourite idea so far been the fizzing planets we showed you earlier but you know your kids well enough to know that the moment they see how cool those are, they’re going to want to make more thing like that? Then here’s another idea for your DIY arsenal! Learn, Play, Imagine guides you through the process of making an awesomely marbled “moon rock” that contains plenty of sparkles. Squirt the rock with water and, just like the planets, watch it fizz and dissolve!

Were you pretty intrigued by the idea of making a paint squished sun the way we showed you earlier but your kids are actually a little bit older and you think they’d rather try a painting technique that takes a little more attention to detail than that particular idea? Then perhaps they’d prefer to make these marbled planets instead! They might look a little bit fancy and complicated, but we assure you the technique is actually quite simple for how impressive the marbling technique looks by the time you’re all finished! Find out how they’re made in more detail on I Heart Crafty Things.

Are your kids total sparkle worshippers who will happily make essentially any craft that involves glitter, particularly if there are bright colours involved? In that case, we absolutely think you should take a look at how Mom Dot Com made these awesome galaxy jars! Besides being a whole lot of fun to make, we really like these space these shakers because they double as a quiet time tool. Have your kids shake the jars when they’re stressed or upset and then encourage them to quietly watch the colours and sparkles swirl until it stops, giving them cool down time from their intense feelings. It’s learning of more than one kind, all in one place!

Were you pretty intrigued by the space themed shaker idea but you’re not sure your kids really need quiet time jars? Perhaps you’d just rather have a version that features some planets because your kids are specifically obsessed with the planets rather than just the swirling galaxy as a whole? Either way, we think they’ll be pretty impressed when you help them create a space version of a snow globe just like this one featured on Red Ted Art.

Are you still thinking about how neat the ideas you’ve seen for painted solar systems are, but you’re intent on using this crafting session as an opportunity to teach your kids new DIY techniques? Then perhaps you’d prefer to teach them a new way of marble paint stamping! This tutorial from I Heart Arts and Crafts gives you a simpler alternative to the marbling technique we showed you above, letting your kids dip the rounded side of a balloon into a swirled combination of colours and print them onto a background sheet that’s been splattered to look like stars.

Are you still still looking for squishy, mouldable DIY ideas because you know those are the ones your kids like best? We quite like them in our household too because the kids have fun making it and continue to have fun afterwards while they play with what they made. This galaxy inspired DIY slime from Sad to Happy Project is the perfect example of what we mean! We love both the deep purple colour and the fact that they mixed more than one colour of glitter together to keep things interesting.

As we’ve mentioned before, paint is always fun to work with. There’s something even cooler about working with paint when it takes shape and gives you some 3D structure! Now, if you’re used to crafting with kids, you’re probably already familiar with the fun possibilities that puffy paint holds, but just in case, here’s a tutorial for creating awesome planets and even a whole star filled solar system on I Can Teach My Child.

Crayon resist painting is one of those timeless crafting techniques that’s been trendy since we were little kids and now we’re doing them all over again with our kids! The best part is that we’re equally impressed each time we do it now as we were when we were younger. Just in case you’ve never done one before, however, here’s a full guide for making a crayon resist space painting on The Crafting Chicks! They show you how to draw whatever planets and stars you like using colourful crayons on white paper, covering the whole sheet with black water colour paints when you’re done to darken the paper but let the planets show through as the wax resists the colour. 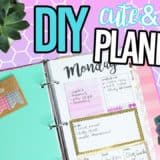 Organize Your 2017 with These DIY Planners 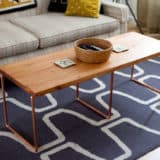 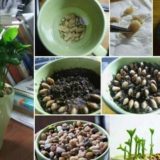 How To Grow Indoor Lemon Seeds In a Pot 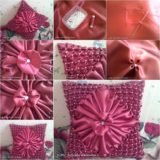 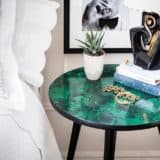 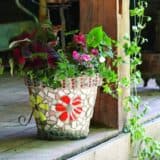 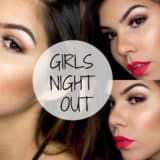 12 Extra Glam Makeup Looks for an Awesome Girls’ Night Out 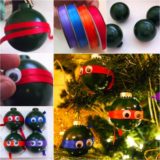