Now that fall is starting to peek its head around the corner, things have started to cool down ever so slightly where we live. This means that, as huge coffee lovers, we’re making the switch from the iced coffees of summer back to the warm coffees that keep us toasty the rest of the year. Being the DIY enthusiasts we are, however, we’re definitely on the lookout for recipes we can make ourselves that will help us pay proper caffeinated tribute to all the great flavours of the fall season without having to walk to the nearest coffee shop every time we want to get a little fancy with our morning mug.

Check out these 15 mouthwatering fall coffee recipes, combinations, and flavour ideas that we came across in our search for inspiration and new seasonal tastes!

Where we come from, the leaves start to turn different colours and fall to the ground very early in the season and we’re pretty sure it’s our very favourite part of autumn. It only makes sense, then, that we’d also love a coffee flavour that shares a name with the most common kind of leaf around us! Take a better look at this recipe from Clive Coffee to see how this lovely golden maple latte is made.

Have we got you feeling quite intrigued indeed by the idea of making a maple flavoured latte but you also kind of can’t help wishing that the drink had another note or element to it as well, instead of being just plain maple? Well, if you’ve ever been a fan of slightly nuttier tastes then we think you’ll really enjoy this maple pecan alternative from Six Clever Sisters!

Of course, the moment the topic of fall time and coffee comes up, basically everyone’s mind jumps straight to pumpkin spice lattes, and we’re no exception! There’s a reason that flavour is such a popular classic and it’s because they taste absolutely irresistible, even if you’re not usually a huge pumpkin fan. This homemade version from Family Fresh Meals that’s made in a slow cooker is no exception!

Are you a big fan of the spiced part of the pumpkin spice latte, but you really just aren’t a person that enjoys pumpkin flavoured things, no matter how hard you try? In that case, we think you might get along a little better with this alternative from Diethood! Their cinnamon dolce latte is like a creamier, slightly more spiced option of the fall classic for cinnamon lovers.

Jus in case you were looking for a kind of coffee recipe that centres a little more on the coffee itself and a little less on steamed milk and added flavour, here’s a morning-changing recipe from Pinch of Yum that we’re completely obsessed with! Take a better look at their tutorial to learn how they made this smooth, creamy cashew coffee from brewed coffee, cashews (make sure no one around you is allergic to nuts first), honey, and sea salt. It’s unlike any other coffee we’ve ever tastes (and we’ve tasted a lot of coffee)!

If you’re going to start making seasonal things from scratch already, are you the kind of person who might rather jump straight to delicious winter flavoured things rather than moving through a pumpkin phase between now and Christmas? In that case, you just might be the perfect person to give this eggnog cappuccino recipe outlined step by step on Clive Coffee a try!

Are you just as big a fan as we are of the whole current trend of delicious things that taste just like other fantastic treats, like a combination recipe? Well, if you’re also a cookie lover like us then we’d be willing to bet that this recipe from House of Yumm that teaches you how to make a latte that tastes just like snickerdoodles will be right up your alley.

Are you absolutely interested in the idea of making yourself a deliciously sweet seasonal coffee that really tastes like you’re treating yourself but you’re the kind of person who loves sweet and rich tastes a lot more than you like spiced flavours? Then we’d definitely suggest taking a look at how How Sweet Eats made these irresistible Nutella lattes that taste exactly like the real thing but with that java element you love.

Maybe you’re usually a simple vanilla latte kind of person because you’ve always liked more mild flavours even though you enjoy a little extra something, but you’re still interested in putting a fall twist on your usual order if you can? In that case, we think you simple must check out this recipe from Pinch Me, I’m Eating that shows you step by step how to make a French press spiced vanilla latte.

are you feeling quite enamoured with the idea of making a simple, subtle vanilla latte but putting a unique fall twist on it, but the previous ideas we showed you just don’t quite hit home for what you’re craving? Then here’s another deliciously sweet alternative for your consideration! Check out how Valya’s Taste of Home added a different classically fall flavour by making this vanilla caramel latte instead.

Any fall flavour and cinnamon lover already knows the irresistible nature of Chai based drinks, but sometimes when the seasons change we like to switch things up a little, like we mentioned before. That’s why we were so pleased to come across this recipe from Berry Sweet Life that adds a dash of almond for even more autumn taste and a bit of coconut for contrast, just to make things blend particularly deliciously.

If you’re also the kind of fall enthusiast who loves when all the baked goods in the coffee shops start getting a little more fall flavoured as well, then we have a feeling this next idea will really appeal to you! Almost Supermom shows you how to make a latte that tastes and looks like autumn thanks to its red velvet taste.

Did we actually really catch your attention when we started talking about the idea of making a latte with caramel in it because you’ve always loved the way that particular flavour gets a little more attention this season, but you’re looking for something a little more unique in combination than just vanilla? Well, if you’re also the kind of treat lover who likes a bit of salty with your sweet then we doubt you’ll be able to get enough of this scrumptious sea salt caramel mocha latte outlined step by step on Strawberry Blondie Kitchen!

Perhaps you’re a huge cinnamon lover like we’ve talked about before but you’ve actually been scrolling through our list hoping to come across a recipe that will give you all that great fall spiced flavour but without so much milk, since you’ve got some dietary restrictions? Then we think you’ll be very pleased indeed to learn about this dairy free cinnamon roll latte featured in great detail on Easy Gluten Free Recipes!

Toasting marshmallows over a campfire might be something you do in the summer when the nights are warm, but the flavour and treats made with toasted marshmallows are something our family has traditionally always enjoyed well into the fall. We doubt you’ll be surprised to learn, then, that this delicious toasted marshmallow latte featured on The Lovely Life is a fall favourite in our house!

Have you made other kinds of fantastic fall flavoured coffees before that you very much enjoyed but that you don’t see here on our list? Tell us all about it or link us to the recipe in the comments section so we can try it out too! 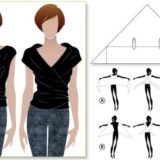 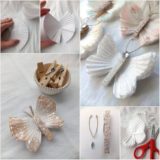 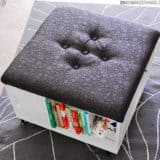 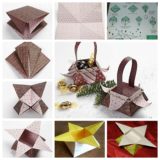 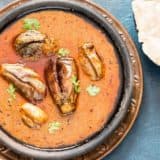 15 Awesome Recipes for Eggplant Lovers From All Corners of the Globe! 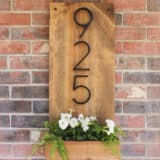 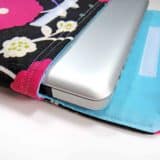 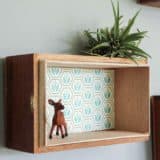 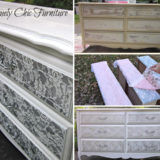