A good sandwich in the afternoon is a satisfying thing. A good bagel in the morning can set you up for a great day. What happens, however, when you combine the two ideas into one meal? Flavourful magic, that’s what.

Check out these 15 deliciously unique bagel sandwich recipes that you’re not likely to find on your average deli menu!

The best part of an open face sandwich is that you get double the fillings, since each side becomes its own piece! Between the fried egg, the bacon, and the cheese, we’re certainly down for more of this sandwich rather than less.

(Recipe at An Ode to Mung Beans)

Were you a huge fan of a good, juicy burger before you decided to commit to a vegetarian diet? This bagel sandwich has a delicious portobello mushroom in the middle instead of a beef patty, but the flavour factor is just as good (if not better) than your average burger! What’s even better? It’s on a crispy toasted bagel instead of a plain old bun!

(Recipe at Chocolate With Grace)

Melt sandwiches are awesome on a cold day when you need something toasty but you’re still just craving that satisfying afternoon classic. This recipe is particularly delicious because you’re practically spreading a mouthwatering spinach and artichoke dip right on the top of your bagel!

(Recipe at Foodie With Family)

As if putting smoked salmon on a bagel wasn’t already a great idea, this recipe places it on a bed of lemon dill cream cheese for maximum flavour. If you pair those things with a pumpernickel bagel, you’re in for a serious treat.

(Recipe at Ditch the Wheat)

You read that right. If you look closely, you’ll see that this isn’t really a bagel at all. It’s actually meat! This recipe is great for people who miss the classic bagel sandwiches they used to have, piled high with lettuce and tomatoes, but are trying to avoid them because they’re cutting gluten out of their diet.

(Recipe at BS in the Kitchen)

Do you love a good smoked salmon bagel but think sometimes about how you might switch the classic dish up? This recipe does just what you’re looking for! It’s pressed and grilled so it resembles a grilled cheese sandwich that just so happens to have been made on a bagel.

This recipe is in Polish, but Google Translate will take care of that for you! We love the way sun dried tomatoes taste on a poppy seed bagel any day of the week, but they’re especially good here paired with water cress, smoked salmon, and a spread made of yogurt and cottage cheese.

Deliciously classic tuna salad sandwiches can be made on more than just bread! If you’re looking for something a little more filling and with a little extra crunch, then look no further than this delicious bagel recipe.

(Recipe at Catz in the Kitchen)

Are you a huge fan of flavourful huevos rancheros at brunch? Well, here’s a slight variation on the classic recipe for you! This one lets your love for bagels marry your favourite brunch dish so you can enjoy it all in each mouthwatering bite.

This sandwich is like the ultimate in vegetarian bagel options! It had just about every veggie you can think of, and if it doesn’t, it certainly has a combination that will taste great with whatever you decide to add! Plus, the jalapeno cheese give sit a great kick and cheese bagels might be the best kind there is, period.

What’s better than a single layered bagel sandwich? A double layered one, of course! This bagel version of a classic club sandwich takes just about everything to the next level, and we’re very glad to know about it.

Did we mention that these aren’t just bacon and cheese sandwiches with barbecue sauce on top? Oh no. These are burgers on bagels topped with those other delicious ingredients! Talk about flavour with every single bite.

We’d certainly never heard of making a bagel with the same toppings that you’d find on a cheesecake, but we’re certainly glad we know about it now! Don’t worry, the yellow layer isn’t actually cheddar cheese like we originally thought. It’s sweet lemon curd!

(Recipe at The Iron You)

Are you trying to cut wheat out of your diet but you keep finding yourself missing bagels something fierce? Check out this recipe for cauliflower bagels instead! Particularly if you stack them high with delicious sandwich toppings, they’ll taste just as wonderful as any classic bagel you’ve ever had.

(Recipe at Don’t Feed After Midnight)

This recipe might not sound like anything crazy, buy the combination of flavours isn’t one that you’ll forget any time soon! Avocados and dill taste very fresh together and the toasty bagel gives the whole thing some satisfying crunch. 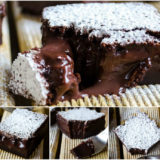 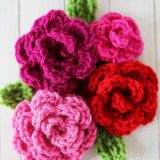 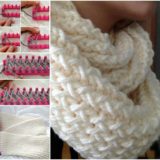 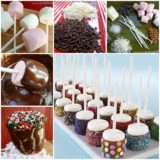 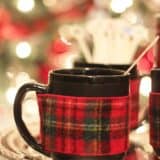 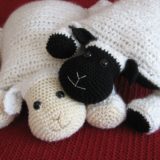 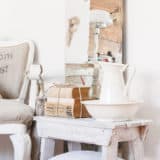 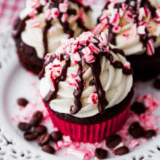